Who turned the Holy Days of Christ's birth into the materialistic and garish holidays and shopping frenzies that celebrate the Golden Calf at this time of year? Who has systematically de-moralized America and substituted the values of Mammon for traditional Christian values? Who are the anti-Christs who bombard humanity (particularly Palestinians and Muslims everywhere) with Godlessness, hate, violence, torture, cluster bombs and blasphemy of the Holy name of God and His Son, Jesus the Christ? They are wolves in sheeps' clothing who have deceived millions of Christians to support the grotesque State of Israel and their blasphemous Satanic cult of Zionism. They have infested humanity with their values of deception, genocide, bloodshed, death and inhumanity. They are spreading their devilish influence in America and the rest of the world like a terminal cancer.

The 'Who' are Zionists who want to create a "Greater Israel" and New World Order. Their murderous plan for humanity is described in the 'Protocols of the Learned Elders of Zion'.
They have created a Zionist Matrix - similar to (if not the same as) The Matrix of a demonic alien race which infested humanity and created a false reality and human enslavement.

The 'Who' are trying to gain control of the world through nuclear blackmail and choking off all opposition through domination of the MainStreamMedia (MSM). They have just about succeeded. They flaunt their power and influence by committing acts of ruthless violence and 'false-flag' operations - like the assassinations of JFK, Paul Wellstone, Arafat; the bombing of the USS Liberty and the 9/11 attack. They represent a great and present danger to Ron Paul. Can you say: 'Mossad'?!

Who can and will stop their devilish scheme?

The Holy One of Israel, Jesus the Christ, whose birth we are about to celebrate, will personally stop them!

In the next few years, God's prophecies and promises to humanity will be fulfilled. For those 'in Christ' and God's Creation, the coming Darkness is but a precursor of the Light and a Sign of approaching Deliverance and Rebirth!

SEE! the destiny of humanity fulfilled according to God's Plan, NOT the Devil's plan. Be a part of God's Plan and receive new Life from the only One Who can give it - Jesus the Christ! 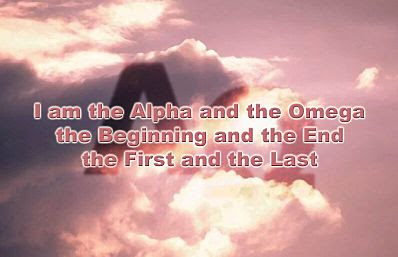 Read the final chapter of human history before it unfolds and The Arm of the Lord is revealed.
Posted by GodSend at 12:01 AM