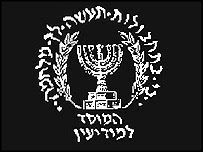 Christopher Bollyn (see Link for his website) is one of the few investigators who has correctly 'solved' the 911 piece of The Puzzle. The solution identifies Israel, the Mossad and their katsas and sayanim, located throughout the American Military Establishment (MIC), including the Pentagon, NORAD and Defense contractors as the 911 planners and perpetrators. The Mossad and Israeli Military Intelligence agency infiltrated not just the American Military but all American 'Intelligence' Agencies, including the NSA, CIA and FBI. They also had/have their moles in the FAA and in just about every other government and private institution in America!

While 911 is only ONE piece of The Puzzle, it's a critically important piece and clearly links Israel and Zionists to the crime committed on 9/11/2001 and meticulously planned years in advance. It represents the justification for the subsequent, illegal Attack and/or Invasion and Occupation of Afghanistan and Iraq to further the interests of "Greater Israel" Zionist fanatics, at the expense of American blood and treasure. The ultimate aim is the 'Balkanization of the Middle East', according to the PNAC blueprint, conjured up by Zionist Neocons. One small step for the Devil, one giant leap for Zionist Israel!

The 911 HOW piece of The Puzzle