Norman Finkelstein called it "The Holocaust Industry" - to his regret. The Zionists ended his academic career with little fanfare but heavy pressure on Academia to deny him tenure and put him on the street (to nowhere in Coney Island). They have milked the Germans (mostly the innocent survivors born after WWII) for billions and are trying to suck those German utters again - for more hundreds of millions. Now they are trying to suck on any available American teat - not already (permanently) occupied by Israelis to the tune of $3+ to $30+Billion/year in aid - for more millions. Did someone mention those trillions that went missing while Zionist 'Rabbi' Dov Zakheim was Comptroller of the Pentagon? But that's another subject, right?

Who is Rafi Eitan? 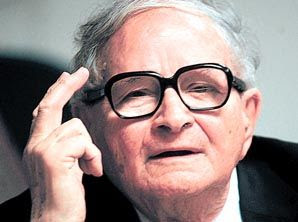 "I have a permanent Holocaust Headache
and the world has to cure it -
with an endless supply of money!"