Financial Armageddon: According to Plan? 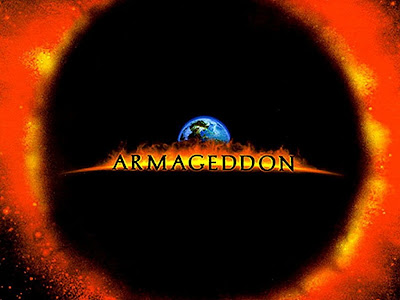 If you think all the Bailouts, Rescues and hand-wringing by Bush, Paulson, Bernanke, Congress critters, international banksters and heads of governments are sincere attempts to get the world out of the financial mess it's in, you are MISTAKEN. Everything that's happened so far and what will happen next has been METICULOUSLY PLANNED. You can read the detailed instructions for what has been done in the last few decades to bring the world to this point of Global Economic (and Political and Social) Collapse in:

"The Protocols of the Learned Elders of Zion". No kidding!

Some of the best economic minds are also some of the best Zionist shills. They have everything right EXCEPT who is responsible. Take Karl Denninger of 'Market Ticker'. Here's the link to his website:

Read the entry for October 7, 2008. It's right on the money EXCEPT that he blames the disaster on all of the players (including ordinary American citizens and Congress) but NEVER acknowledges the OBVIOUS Lowest Common Denominator: ZIONISTS.

Make no mistake about it, ZIONISTS PLANNED the coming Grand Depression, just like they PLANNED 9/11 and the USS Liberty attack, among many other deceptions and 'false-flag' operations. They are tickled pink that everything is just going according to their diabolical PLAN - or is it?

Read the rest of this Blog and study my website to find out What Happens Next and what sort of Shocking & Awesome SURPRISE is waiting for THEM!

One more thing: NOTHING is more irrelevant than the November Elections. There will be NO WINNERS! Obama, Biden, McCain and Palin will just Fade to Black and disappear from view.