The Grand Depression: NO EXIT 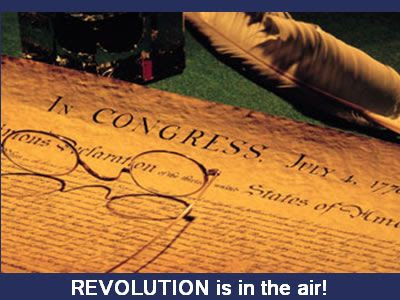 "The tree of Liberty must be watered
with the blood of tyrants and patriots"
(Thomas Jefferson)
Those brilliant Zionist shills, Mike (Mish) Shedlock and Karl Denninger have as good a grasp on what's happening on the road to 'Financial Armageddon' as anyone! To understand how those Zionist slimeballs in The Fed (Bernanke & Co) and Wall St. (Paulso & Co) are CONTINUING to rape American taxpayers and ensure descent into the Abyss (SOONER rather than later), you should read their comments regularly.

Today, October 30, 2008, Karl has an excellent idea for American homeowners who want to deliver some PAYBACK to the Zionist slimeballs who are enslaving them and future generations of Americans with criminal tax burdens. Also today, Mish (Knish-Mish) explains how these Zionist slimeballs are expanding America's indebtedness to foreign countries with Credit Default Swaps.

While you read their excellent commentaries, remember that ZIONIST SLIMEBALLS are responsible for the unmitigated financial disasters which are being described and which have been PLANNED in devastating detail! If you have trouble connecting the dots which lead to this INEVITABLE conclusion, study the rest of this Blog and my 'Sons of Light' website.