NEXT: DECEPTION by the Dark Side 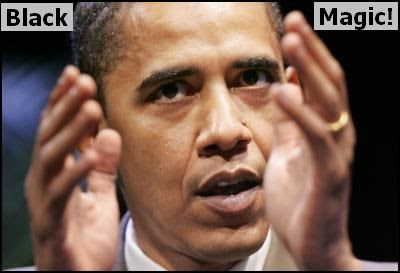 Tomorrow, America will enter into the Final Phase of the Spiritual Warfare between the forces of Good (God) and the forces of Evil (Devil). DECEPTION is the hallmark of the coming assault of the Dark Side against God's Divine Order. The DECEPTION will focus on the person of Jesus the Christ and the Divine Order which He represents. The world as we know it will be shaken to its very foundation. This process has already begun (under Bush) but will now accelerate. ObamaRahm-a's promise of an American 'Renewal' will turn out to be a BIG LIE. The Zionist-controlled MainStreamMedia (MSM) will present us with an increasingly false reality, described by George Orwell in "1984". The 'Christians' presiding at ObamaRahm-a's 'Coronation' tomorrow (Warren and Robinson) are NOT followers of Jesus the Christ . They represent a false, pro-Zionist 'Christianity', which is deceiving millions of people. The MANY Zionists which infest the ObamaRahm-a Administration, represent the Satanic forces which will attempt to establish the Zionist, Luciferian "New World Order", while ObamaRahm-a tries to confuse and obfuscate their real agenda. The financial policies which he promotes are DESIGNED to ACCELERATE America's descent into the Abyss.

Perhaps you are wondering how to discern reality and the Divine Order, while the world around us is being turned into a fantasy world of smoke and mirrors? There is only ONE WAY to do that. Jesus the Christ represents that ONE WAY. He said "I AM the Light of men". Christ said that "even the elect" will be deceived in these End Times. You don't have to be one of those who are deceived! Theodore Austin-Sparks wrote a wonderful article about Christ and the Divine Order which can guide us through the coming Deceptions. If our eyes are focused on Him and the Divine Order which He represents, He will guide us through the coming times of Travail and Deception. I suggest that you READ IT!