Bob Chapman has been around for decades and he pulls no punches when he writes about the rapidly approaching, economic Trainwreck, aka 'Financial Armageddon', designed by Zionist Slimeballs who are the driving force behind the 'Illuminati'. Click on the Trainwreck below and read about the New World Order, soon coming to your neighborhood. Remember, the new Train Conductor is ObamaRahm-a and his instructions come from Israel. Like Ariel Sharon said before Yahweh struck him comatose: "We, the Jewish people (he meant Zionist Slimeballs) CONTROL America." Zionist Slimeball Tim Geithner (the 'Fiddler') will soon come aboard the ObamaRahm-a Express to Hell (despite tax evasion), to make sure the American economy will be wrecked.

There is one major error in Bob's analysis: The Grand Depression (Deflation in Spades) will precede Hyper-Inflation (2012). 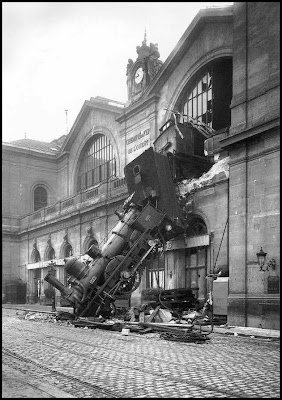 Are you ready for the Biden-prophesied CRISIS?

911-II
another Zionist 'false-flag' attack on America
is coming SOON (this year)
and will be used by ObamaRahm-a as the
EXCUSE
to impose MARTIAL LAW and FASCISM on America!
Have the Patriot Acts been repealed???
Is 911-I being re-investigated???
Draw your own conclusions!

Learn to IGNORE the deceptive Babble
you hear from the MainStreamMedia,
including Zionist-controlled
TIME magazine's 25 top financial Blogs!
Is Bob Chapman's "International Forecaster"
on the list???
Is Jim Willie's "Red Hat Letter"
on the list???