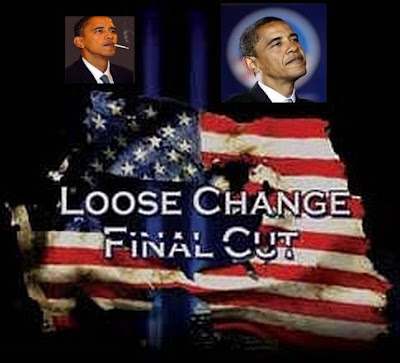 What is this joker smoking? (SEE! previous posts). Maybe the same weed that fried Bush's brain eons ago?! 'Renewal of America' can ONLY take place when every Zionist in a position of influence or power has been 'eliminated'. 'Eliminated' could mean MELTED (by Yahweh or his agents) or any other method of rendering THEM meaningless and powerless. So, ObamaRahm-a, if you really want to see 'Renewal of America', you can START by doing the following:

FIRE 'Rahmbo' and all other Zionists
from your Administration

NO PARDON for Bush or the rest of his gang

STOP ALL aid to Israel

STOP the Theft of Taxpayer $$$ via Bailouts

Well, you get the idea, right? Those are the actions which will start to produce a 'Renewal of America' and POSITIVE CHANGE. Now put your $$$ where your big mouth is. Millions of Americans are WAITING! (mostly to collect Unemployment benefits)

Remember, ObamaRahm-a, you have sold your soul to the Devil (Israeli Zionists) in exchange for the short-lived glory of sitting on the WH throne. Before the Devil comes to collect it, those diabolical Zionists will come knocking on your WH door (repeatedly) to exact a horrible price - horrible for America and for millions of Americans, that is! If you disobey, it'll be your or your family's kneecaps - or return to Kenya. Or, if you really piss them off royally, they will arrange your prompt passage to Hell. Remember JFK.