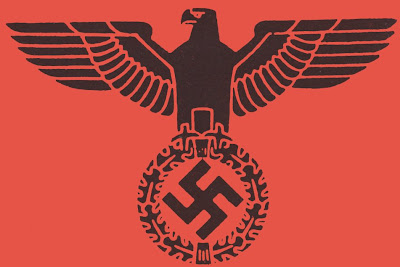 From 'Heil Hitler' to 'Heil Holocaust'

The Germans are getting a little too excited about where Germany has arrived on the 60th birthday of the Federal Republic of Germany. After all, the most dramatic accomplishment has been to convert Germans from Nazism to ZioNazism. Both equate to Satanism. Not even America has reached the level of Zionist Slimeball penetration which characterizes Germany under the leadership of Frau Merkel (rhymes with Ferkel) and her Zionist Controllers in Germany and Israel. Is it any surprise that Germany has effectively 'donated' 3 nuclear-capable attack submarines to Israel - for alleged 'defensive' purposes? I know that sounds funny but it's deadly serious! Zionist Slimeballs in Germany have succeeded in instituting 'Thought Crime' or 'Hate Crime' laws which prohibit the search for truth about the 'Holocaust' and 'The Holocaust Industry' (Zündel). Now, instead of living under the Satanic Swastika, the Germans are living under the Satanic 'Star of David' - the Mark of the Beast (666). The more things CHANGE, the more they remain the same! How many 'Wiedergutmachen' $BILLIONS will it take to finally eradicate Guilt from Gullible Generations of Germans? - Guilt which was washed into their brains by diabolical Zionist Slimeballs! "There's No Business like Holocaust Business" - take it from a 'Holocaust' victim who speaks the truth (Norman Finkelstein - author of "The Holocaust Industry" - and persecuted by Zionist Slimeballs for exposing the 'inconvenient truth').
Heil Holocaust! 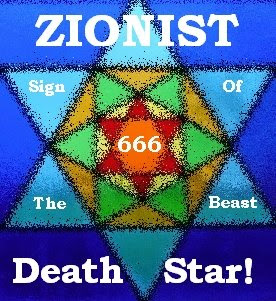 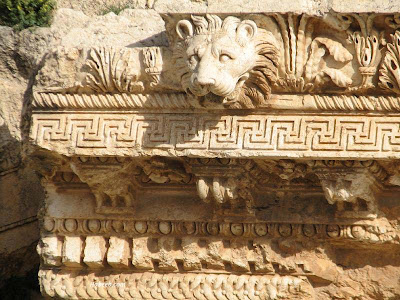 Swastikas on the Temple of Jupiter (Roman)
in Baalbek, Lebanon - ancient Stargate of the Alien Race.