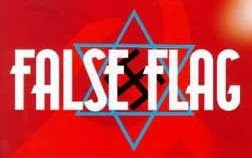 Before very long, the Zionist-controlled ObamaRahm-a Administration will be ready to set off the 911-II 'False-Flag' Operation. Clearly, the Zionist-controlled Western Media is entering a 'No-Holds-Barred' phase of an attempted undermining of the Iranian Government. The CIA-paid 'protesters' are escalating their activity, blood is flowing in the streets of Tehran and thinly veiled threats are coming from the WH Orifice of the Alien Race. The INEVITABILITY of the Zionist-engineered GRAND DEPRESSION (Bob Chapman is not entirely correct but reasonably close) is becoming more SELF-EVIDENT by the day and a MAJOR DIVERSION will be needed to distract American public opinion and suppress American and Global awareness of WHO is really running the NEW WORLD ORDER SHOW (Zionist Slimeball Agents of the Alien Race).

So, BE PREPARED for another 911-type Incident, which will be blamed on FAKE 'TERRORISTS'. Look to the MOSSAD and CIA and other American 'Intelligence' Agencies for the REAL CULPRITS, as usual! The Zionist-controlled American Media will do its usual BANG-UP COVER-UP JOB of delivering a continuous and poisonous mixed cocktail of MIS-Information, DIS-Information and NON-Information: 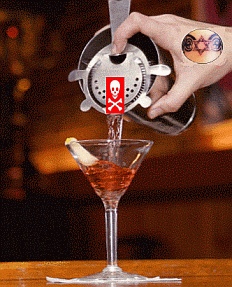 The Halliburton-built Gulags are awaiting their long-planned occupants. The Zionist-fabricated 'Hate Laws' are just about in place and George Orwell is stirring in his grave. BIG BROTHER ObamaRahm-a has been PREPPED to enact more CHANGE (To Die For). 7-29 is an 'interesting' number.
Keep Your Powder Dry!

729 is the Barcode for Israel (Made in Israel). Something 'interesting' (in the Chinese sense of 'interesting') and 'Made in Israel' (most likely by the Mossad) will be introduced to the world during the 7th month of the year (July). The day will be some derivative of 729 and/or other numbers that have a 'special' meaning in the occult world - most likely '13'.

Joseph Biden dropped a hint prior to the election. Dropping veiled hints is a trademark of the Devil - and the occult forces like to dabble in numerology (like 911).

The main point is that 911-II is imminent and that it will be associated with Israel ("New Khazaria"). This is not really a major revelation.