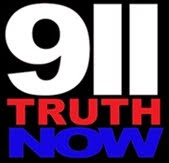 There will be no peace on earth until the Zionist Slimeballs (Israeli and American) who committed TREASON against America on 9/11/2001 are ARRESTED, TRIED and HANGED (or the equivalent - like MELTED). Many people have tried (unsuccessfully) to air and escalate this issue in the Collective Consciousness of Americans. The Zionist-controlled MSM (MainStreamMedia) has thwarted all of these efforts since 9/11/2001. Does this mean we should give up and let those Zionist Slimeballs get away with (until 2012, anyway) the GREATEST CRIME OF THE NEW MILLENNIUM?

I'm starting a personal "911 AWARENESS" campaign
and I invite you to join me!
In your day-to-day conversations with people
and in your written correspondence, mention
OFFICIAL 911 DECEPTION!
Let's repeat "911" until it is (permanently) on the tip of everyone's tongue
and there is a FULL and PUBLIC INVESTIGATION of 911!
THEN, we bring up related issues - like the GRAND DEPRESSION! 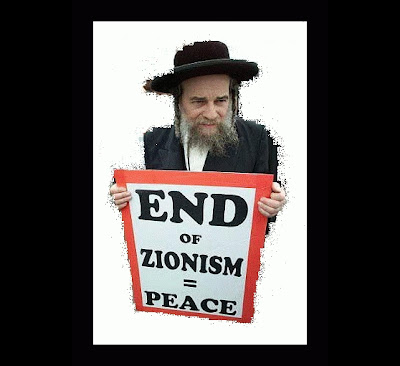 Your 7 days in May concept is very interesting and would like to see you flesh that out some more. It would be awesome if something like that could actually happen, but I can't dare to hope at this moment. It seems the Zionist reptiles have near total control on the world (government, media, business, etc.) so who is aware enough and organized enough to mount such a coup? Does anybody except a small handful of us even aware of who the enemy is and how long they've been causing trouble? Does anybody know how many people have been killed by these rats over the centuries? What with all of the phony wars, famines, and "disasters" that have been caused by them?

Sometimes I think that we are the 144K that will enter the kingdom of heaven, although in all truth I'm sure that number is not literal but has some hidden meaning. There are probably 144K people in this whole country that know what the Zionists are and what they're up to!

There is no question that there is a cadre of patriotic Americans in the Military (and elsewhere) who are fully aware of the Zionist extended coup which has resulted in their near-total control over America. Ariel Sharon had it right, except that he said 'Jews' instead of Zionists. There is a CRUCIAl difference! Thomas Jefferson was prophetic when he said that every once-in-a-while the blood of tyrants and patriots has to flow to maintain America's freedom and water the tree of liberty. Warnings have been issued about this Zionist take-over for a very long time and by many different people - mostly enlightened Jews like Benjamin Freedman.

The (7) Day(s) of Reckoning (Judgment) for the Zionist Slimeballs and their masters (ALIEN RACE) are assuredly coming - and SOON! Just think, ONE 'errant' nuclear-tipped MIRV can ruin Zionist Israel's whole day! THEY! WILL BE MELTED because God does not lie!

The Light will appear when things are at the darkest. THEY! KNOW it's coming (to get them).

PS 911 is the Zionist Slimeballs' 'Achilles Heel'. Through it, their fate is sealed. Their extreme, in-your-face chutzpah, cruelty and arrogance will lead to their inevitable undoing. IT IS WRITTEN!

The "Overcomers" will be raptured (die) before the worst of the Tribulation hits. Nobody will be able to count them and verify that 144K have left. If you are an "Overcomer", be prepared to be called Home! You are likely to receive some form of WARNING from God - like me! :)

SEE! TAS's writings about the future of God's "Overcomers".

Here is the TAS "Overcomers" link: