"If these Americans and those like them ever fully understand just how much of their suffering -- and the suffering we have inflicted on others -- is properly laid on the doorsteps of Israel and its advocates in America, they will sweep aside those in politics, the press and the pulpits alike whose lies and disloyalty brought this about and concealed it from them. They may well leave Israel looking like Carthage after the Romans finished with it. It will be Israel’s own great fault."

The "Rebellious House of Israel" will look a lot more like a PARKING LOT
after Yahweh gets through with THEM! (Ezekiel 22:20)
"PAVE PARADISE AND PUT UP A PARKING LOT"

*Alan Sabrosky (Ph.D., University of Michigan) is a writer and consultant specializing in national and international security affairs. In December 1988, he received the Superior Civilian Service Award after more than five years of service at the U.S. Army War College as Director of Studies, Strategic Studies Institute, and holder of the General of the Army Douglas MacArthur Chair of Research. He is listed in WHO'S WHO IN THE EAST (23rd ed.). A Marine Corps Vietnam veteran and a 1986 graduate of the U.S. Army War College, Dr. Sabrosky's teaching and research appointments have included the United States Military Academy, the Center for Strategic and International Studies (CSIS), Middlebury College and Catholic University; while in government service, he held concurrent adjunct professorships at Georgetown University and the Johns Hopkins University School of Advanced International Studies (SAIS). Dr. Sabrosky has lectured widely on defense and foreign affairs in the United States and abroad. You can email Dr. Alan Sabrosky at: docbrosk@comcast.net 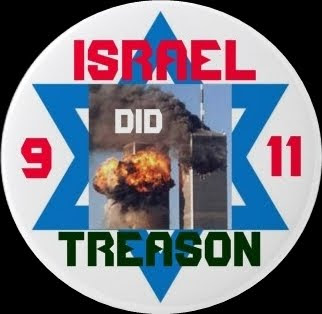 Get ready for the GREAT AMERICAN SWEEP of Zionists!

How many times we hear about that there is something hapening to change our world for better and catch those people responsible?
But one thing is sure,if there is something to do must be done fast and well done like the french did with the templars 700 years ago!
Or even better because they somehow survived that purge!
For some time i believed(after reading some books)that the templars have been the good guys and the church of rome and the king of France(the Belo)have been the bad guys!My view changed and i just keep my distrust on the church!!

It's not all that difficult to figure out who are the "bad guys" and who are the "good guys". Anyone who does not openly declare that Jesus the Christ is God, the ONLY God and the Son of God (the Father), you can safely put them in the "bad guys" camp. THEN, you must look at them and their appearance and behavior and ask: Is that appearance and behavior consistent with the nature, teachings and words of Jesus the Christ? If the answer is NO, you can safely add them to the "bad guys" camp.

When you examine the Catholic Church on the "Jesus Test", it is OBVIOUS that the RCC does NOT pass the test. The RCC is worldly, wealthy, corrupt and deceptive. The Vatican, Pope and rest of the RCC hierarchy is the antithesis of Jesus the Christ and the nature of Christ.

Violence of any kind can NEVER be reconciled with the nature of Christ.

You are wise to distrust the 'Church' (RCC or any orthodox 'Church' - aka 'Churchianity').

Accept and declare Jesus the Christ as your personal Savior and Lord (God), and act accordingly - it's that simple!