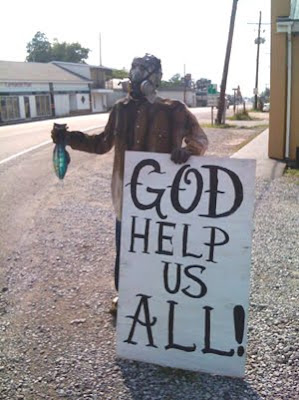 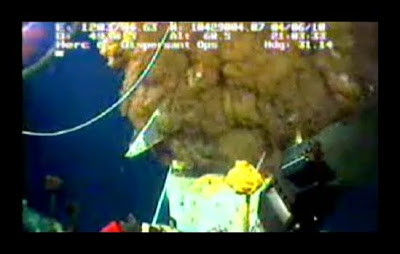 BP: "We'll keep our pledges" (recovering "every drop of oil")

NO, THEY WILL NOT! THEY LIE!
THEY
ARE A PART OF THE
ZIONIST MATRIX!

The Riser Pipe has now been CUT by BP (looks like a jagged cut) and the well is now GUSHING at FULL FORCE! So, Pandora's Box is now OPEN and whether or not it can be CLOSED (and WHEN) is not at all certain. While that clueless BABOON Adm. Thad Allen is jumping for joy at the opening of Pandora's Box, the Gulf continues to receive VAST amounts of POISON and POLLUTION that will turn the Gulf into a LAKE of DEATH - maybe even a LAKE of FIRE! (SEE! previous post). The "Gush Rate" is about 2-3 TIMES what it was before the "CUT & CAP" solution! 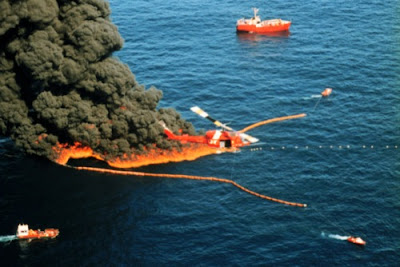 Multiply this controlled BURN by 1,000,000
when LIGHTNING lights up the Gulf!
Eventually, all that oil now GUSHING will reach the surface!