Had Your Fill Yet - of Gov't and Media BULL? 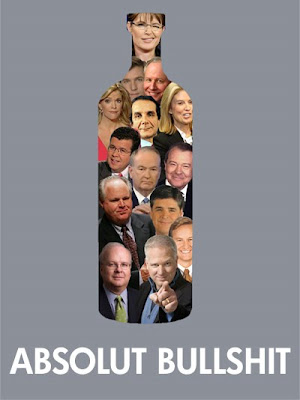 There is an economic "RECOVERY" in progress!

A Zionist-engineered,
DOUBLE-DIP DEPRESSION
is in progress!

Gulf of Mexico waters are safe!

Gulf of Mexico waters are
BP-POLLUTED!

There is NO EVIDENCE that Iran is building Nukes!

Iran is a threat to America and to the world!

Zionist Israel (with 400+ Nukes) is the
REAL THREAT
to world peace!

Zionists DO NOT CONTROL America!

America's Military is on a global peace-keeping mission!

Greenspan, Bernanke, Geithner and the Federal Reserve Bank
are NOT CONTROLLED by Zionists!

Greenspan, Bernanke & Geithner were or are Zionist
FED BOARD EXECUTIVES!

The HUGE Federal DEFICIT and DEBT
DO NOT MATTER!

ObamaRahm-a was born in America!

ObamaRahm-a was born in KENYA!

Congress is NOT "Israel-Occupied Territory"!

Many Zionist Slimeballs or their Goy Stooges
get elected to Congress, funded by the
"ISRAEL LOBBY"!

Who gets "ALL-EXPENSES-PAID" trips to Israel?

The American MainStream Media is
NOT CONTROLLED
by
ZIONISTS!

Why are the Media Owners all
"MAGNIFICENT BEASTURDS"?

Both Bush-it and ObamaRahm-a got
"CHOSEN" and "ELECTED" by
ZIONIST SLIMEBALLS! 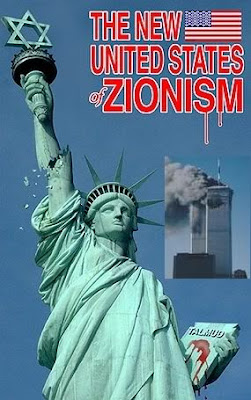 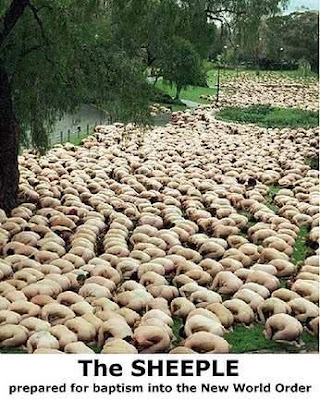 "America isn't even running on fumes at this point. It is running on delusions. Politicians {controlled by Zionist Slimeballs} think they have saved the country from a Depression by adding $3 trillion to the National Debt and allowing Wall Street banks to pretend they are solvent. Americans have been deluded by the ruling oligarchs {Zionist Slimeballs and their Goy Stooges} that a $700 billion bank bailout, an $800 billion pork filled stimulus plan, the Federal Reserve buying $1.2 trillion of toxic mortgages, and the Treasury forcing taxpayers to pick up a $400 billion tab for Fannie Mae and Freddie Mac’s bad loans has actually solved a problem created by too much debt.
The American herd {of "Cattle" - see the TALMUD} has gone mad. A few people have regained their senses, but the vast majority still exhibits the behavior of sheep {or "Cattle"} being led to slaughter. The ruling oligarchs {Zionist Slimeballs and their Goy Stooges} have utter contempt for the average American, but they fear the masses. In order to retain their power and wealth, they gladly hand out two years of unemployment payments, food stamps, and welfare payments to keep the masses sedated. The working middle class foots the bill. Corruption abounds and is sustained by the passage of more laws and regulations. The sociopathic {and psychopathic} powers that control the levers of power in this country {Zionist Slimeballs and their Goy Stooges} need to be brought to justice {HANGED!} if this country has any chance at survival. The den of vipers and thieves {Zionist Slimeballs and their Goy Stooges} have trampled on the Constitution, speculated with the country's funds, risked blowing up the financial system, committed fraud on a massive scale, and continue to rape and pillage the American citizens. Vincible ignorance by the American people is no longer a legitimate excuse. The criminals on Wall Street and Washington DC {Zionist Slimeballs and their Goy Stooges} must be routed out {HANGED!} and Americans must awaken from their delusional state before it is too late. I weep for the liberty of my country." (James Quinn) {edited by Yours Truly - bold}

FOOTNOTE: Jim Quinn is, of course, another Zionist Slimeball (Shill), like most cyberspace "economist" bloggers (Karl Denninger and Mike Shedlock, for example) who feed off Sheeple Zionomics! How can I be sure that Jim is a Zionist? I visited his Blog and he left the Zionist 'Hallmark Signature' in one of his comments (ad hominem attack and language which is spawned in a Zionist sewer!). I won't defile this Blog by quoting his filth but you can check this link if you care to get a taste of typical Zionist-speak. Imagine the conversation around Jim's family dinner table!
Posted by GodSend at 7:52 AM