Zionism and the "War of Terror" - Personal Testimony 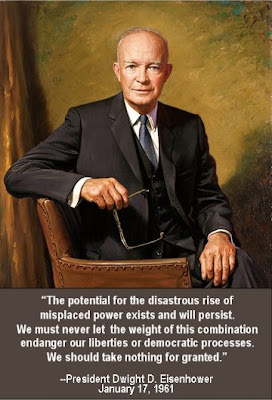 "In the councils of government,
we must guard against the acquisition of unwarranted influence,
whether sought or unsought,
by the Military-Industrial Complex."

The Military-Industrial Complex (MIC) has been INFILTRATED
and is CONTROLLED by...
ZIONIST SLIMEBALLS!

Lest you think I'm just one of a million other people who have a wild, unsubstantiated theory that the "War of Terror" (as opposed to the mythical "War on Terror") is a creation of Israeli Zionism, let me share some PERSONAL EXPERIENCE which validates that this "theory" is, in fact, FACT! When I was Executive Director of Marketing for Telcordia (formerly Bellcore) - then a subsidiary of SAIC (a MAJOR Defense Contractor for DoD) - I had the privilege of being entertained in the New Canaan home of the former CIO of DoD, Paul Strassmann. Paul is a Zionist of Czech extraction, like many Zionists of Khazarian origin whose ancestry goes back to Eastern Europe - like Madeleine Albright - who can be found throughout the Federal Gov't and its various Agencies. Paul was then an Executive Consultant and SAIC was one of his prized customers.

After being served tea and cookies by his lovely wife, Paul revealed that he was about to brief the BoD of SAIC (including Senator John Warner of MIC fame) on the HOT and COMING topic of............................TERRORISM! When were the BoD of SAIC and key Senators connected to the MIC briefed about what was about to STRIKE America on 9-11-2001? Would you believe in 1998 - 3 years before the Israeli and Israeli/American Zionist Slimeballs ATTACKED America in COLD BLOOD to "officially" begin the "War of Terror"! 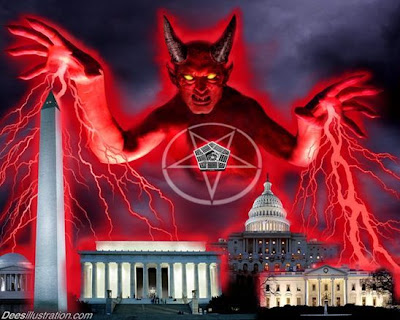 NOTE the many Orifices of the ALIEN RACE in America!
(That big obelisk is an ALIEN SNAGGLE-TOOTH)