Is there a Doctor in the House? 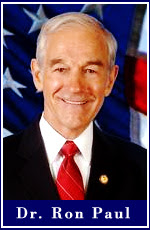 America is on life-support with a near-terminal case of the Cancer of Zionism and needs a Doctor who is qualified and willing to perform Emergency surgery to remove this malicious growth. What must be 'cut out' from the tortured and suffering body of America includes the Federal Reserve Bank and all Zionists in positions of influence, including but not limited to Zionist agents (sayanim) who control Domestic as well as Foreign policy, main political parties (Republicans and Democrats), Government Agencies (especially 'Intelligence' types - like the CIA, NSA, FBI and Pentagon), Foundations and 'Think Tanks' (including Academia), Corporate America (including the MIC: Military-Industrial Complex), and, most important of all, the MainStreamMedia - MSM (including TV networks, newspapers, magazines, book publishers, the Internet and 'Hollywood'). How about Arnon Milchan, Sumner Rotstein (Redstone), Edgar Bronfman, Jr. and that master of Yellow (Tabloid) Journalism - Rupert Murdoch! (and that's just for starters). Whatever infestation has succeeded under the 'Protocols of the Learned Elders of Zion' Instruction Manual, must be surgically removed and safely disposed of. And let's not forget to purify the 'Religious Right' and system of 'Christianity', especially the CUI ZioChristian malignancy on the Body of Christ in America.