One of Karl Denninger's Zionist Shill 'comrade-in-arms', Knish-Mish Mike Shedlock, today wages the 'War of Zionist Deception' on the Russian front. He quotes several articles which imply that a conflict between Russia and America is brewing over the impact of the Zionist-engineered 'Financial Armageddon' on Russia's Economy - and the Putin-Medvedev leadership. NOW HEAR THIS, Knish-Mish and all you other Zionist war mongers (military and economic):

Russia KNOWS that America is nothing but a battering ram in the 'Invisible Hand' of diabolical Israeli Zionist Slimeballs! Putin and Medvedev (and other world leaders) are NOT STUPID! If they are going to be tempted to retaliate, they will drop a few nuke-armed MIRVs on Israel for a FINAL SOLUTION (SEE! Ezekiel 22:20 for a definition of Yahweh's Final 'Solution' for the 'Rebellious House of Israel'), NOT on the American people! America's, Russia's and the rest of the world's problems originate in SATANIC ZIONIST ISRAEL - and not anywhere else!

Remember, folks,
RUSSIA WILL BE THE HAMMER! 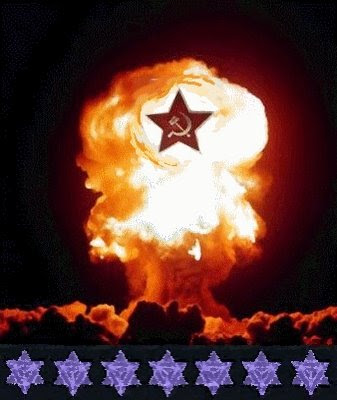