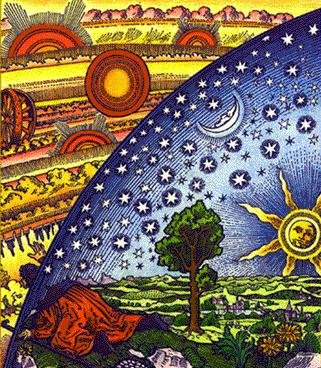 America (and the world) is being prepped by those Israeli Zionist Slimeballs to inaugurate (SEE! the occult and veiled meaning of that word in David J. Meyer's January letter on his Last Trumpet Ministries website) and 'worship' a personality of highly questionable pedigree (besides the well-hidden fact that he was born in Kenya). For all practical purposes, ObamaRahm-a came 'out of the woodwork' - stained woodwork!). The fact that he has stacked his Administration with Zionists (SEE! my previous posts), especially his appointment of 'Rahmbo' as WH Chief-of-Staff is a WARNING SIGN! There are MANY other WARNING SIGNS - like stating that Bush is a "Good Goy" and thereby trying to whitewash Evil personified.

Events like the upcoming Inauguration are occasions with an occult content. The context of Washington DC (architecture and history) as well as the date, add further significance to the occult content of that event. Occasions in such a setting and on such a date represent 'Feeding Time' for the other-dimensional 'Alien Race' which controls humanity and the major events of this world. SEE! my earlier posts for further explanations, including the significance of 'Negative Spiritual Energy' which is released and on which these 'Aliens' feed. 'Personality Cults' play a big part in our occult world - and America is the most dramatic example of mesmerizing 'Personality Cults' in the world (Beyonce and Bruce, for example!). Are the 'Aliens' other-dimensional reptilians of the 'Dragon' strain? You betcha!

There is more to ObamaRahm-a than meets the eye (including the 'Eye of Horus'). Meanwhile, the Zionist-controlled MSM is feverishly at work, trying to portray ObamaRahm-a as just another ordinary, hotdog-eating, chit-chatting "Good Goy" (very much like Bush), who loves Bush and Abraham Lincoln and his Bible. NOTHING could be further from the Truth! It's all Smoke, Mirrors and DECEPTION. Beware of RITUALS! (like the religious rites of the Vatican and RCC, the ceremonial rites of the Military and the ridiculous rites of Presidential Inaugurations).

The Jewish religion has been hijacked by Zionist madmen to be used as a tool of the NWO/globalists!!!

Any and all righteous Jews need to stand up now!!! Resist all efforts towards the impending one-world dictatorship!!!

The good news is that there have been (and are) several courageous Jews (especially Neturei Karta True Torah Jews) who have unveiled Zionism as Evil (Zionism = Nazism) and resisted the Zionist attack on Jews and Judaism. SEE! previous posts on this Blog to learn more about them. Also, Henry Makow regularly writes about these courageous Jews on his website:

Israeli Zionists failed to rescue hundreds of thousands of Jews from the Nazis, when they were made an offer for them by Eichmann. They could care less if another Holocaust wipes out a few more million! (maybe 6 million this time). Alan Hart wrote about this problem in his book: "Zionism: The Real Enemy of the Jews". Every Jew should read it!