Why a BLACK Zionist Slimeball? 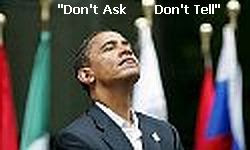 Ever wonder why those Satanic Zionist Slimeballs in Israel picked a Black (ObamaRahm-a) instead of a White (McCain) with a lot of Slimeball potential to be their next 'Goy on the Spot' in the WH? Is it because ObamaRahm-a has/is a natural brown nose? Is it because it's not yet time for a White Female Presidential Slimeball (Clinton or Pelosi)? Is it because THEY want a Black 'Columbia Man' in the WH for a 'Change'? Is it because ObamaRahm-a was born in Kenya and his Presidential status can be revoked at the drop of a Zionist Black Hat if he doesn't toe the Zionist ZPIA Party line (SEE! an earlier post for what ZPIA stands for)? Is it because 'Black is Beautiful' - Oprah's real appearance without make-up notwithstanding? (it's bad enough to make your blood curdle and send you screaming for cover). Is it because THEY think a Black man makes a better 'White House-boy'? Well, folks, the answer is: None Of The Above!

So what's the answer?

Ever hear of the Zionist-engineered 'Clash of Civilizations' between Islam and Christianity? You know, trying to promote mistrust, murder and mayhem between Islam and Christianity and have them destroy each other, so that only THEY LIVE! (will be left standing to pick up the pieces of Western Civilization). You might call the Israeli Zionist thinking in selecting ObamaRahm-a a 'Variation on a Theme'. It's similar to the Variation on the Theme THEY created by having the minuscule Gay community trying to upend the 'Natural Order of Things' - or having Feminism try to upend the 'Natural Order of Things'. Both of the latter 'Variations' are attempts to destroy the foundation of Western Civilization: the traditional, God-worshiping Family (designed by God in His Infinite Wisdom). At the same time, THEY would like to destroy ALL religions and put Their Man (Lucifer's Pick) on the throne of this world.

Consistent with the agenda of the Zionist Slimeballs to destroy not only the 'Natural Order of Things' and the 'Divine Order of Things' but also to ultimately destroy humanity itself, THEY have picked a Black man as their agent to spearhead the coming 'Clash of Races'. THEY would love nothing more than to engineer the coming Holocaust between Whites and Blacks, Muslims and Christians, Rich and Poor, Men and Women, Straights and Gays. Will THEY succeed with this diabolical plan? No way, Jose! The coming Holocaust will pit the Zionist Slimeballs of all colors (especially the RICH Zionist Slimeballs) against the rest of humanity, now being impoverished by the Grand Depression, planned by Zionists Greenspan & Bernanke and their 'Auslege Goy' Zionist stooges (Bush, Paulson, ObamaRahm-a, etc.)! The entire world will dance and sing 'Hava Nagila' (Let us Rejoice!) when Yahweh finally fulfills His promise to the Israeli Zionist Slimeballs ("Synagogue of Satan"), as it is written in Ezekiel 22:20. THAT will be the REAL Holocaust. Yahweh is very likely to call on humanity to help fulfill His promise. A few MIRV's on top of Israel would do wonders. Of course, Yahweh might decide to send one of the many hefty comets, asteroids or meteors orbiting the Earth, in Israel's direction (it's happened before) and generate the desired HEAT for MELTING.

PS According to ObamaRahm-a, Tim Geithner will be confirmed as the next Treasury Secretary (despite Income Tax and other 'irregularities') because he is another Zionist Slimeball, in the Greenspan & Bernanke Zionist tradition. THEY are determined to maintain control over America's money supply and the MainStreamMedia - among MANY other institutions, public and private. THEY will go down the tubes, nevertheless - in liquid form!