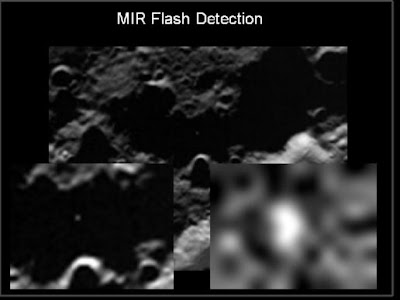 (click on the $79+MILLION photo and look at the 10 October 2009 entry)
So here we have NASA asking a $79+MILLION question: "Is there water on the moon?" This tops the Pentagon spending $600+ for an ordinary hammer! One thing is now certain: NASA astronomers and 'scientists' have a heckuvalot more water on their brains than we're likely to find on the moon! Guess how much it cost Americans for those NASA astronomers and 'scientists' to see 'blueberries' 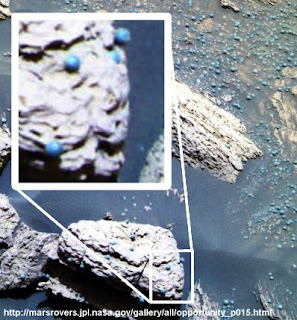 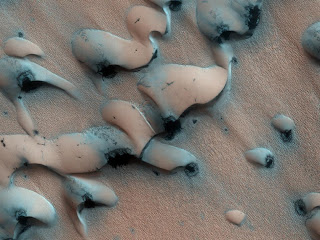 and sand dunes on Mars? (You don't want to know!). America spends $BILLIONS each year on technology and salaries for thousands of astronomers and 'scientists' to ask meaningless (but VERY EXPENSIVE) questions and STARE into SPACE 'til the cows come home. This gives us just a small idea of why America had a $1.4+TRILLION BUDGET DEFICIT this year with not much to show for it. Don't ask about DEFICITS for previous years - you don't want to know! NASA astronomers and 'scientists' deserve to be on the UNEMPLOYMENT ROLLS! - until we start to run out of water on planet Earth. The only bigger WASTE of American taxpayer $$$ is the $680 BILLION Military ('Defense') Budget for 2010. By FAR the BIGGEST CHANGE ObamaRahm-a brought America is ASTRONOMICAL DEFICITS. And don't be surprised if Zionist Slimeballs Greenspan, Bernanke or Geithner get the Nobel Prize for Economics!

Are you one of those 35+MILLION (and growing - UP 22% over last year) Americans surviving on FOOD STAMPS? Are you one of those MILLIONS of Americans surviving on Emergency (Extended) Unemployment Benefits? Are you one of those MANY Americans panhandling for LOOSE CHANGE in America's parking lots? Are you among the steadily increasing, drifting HOMELESS? Do you ever wonder about ObamaRahm-a's PRIORITIES? The chances are that VERY SOON you will be among the TENS OF MILLIONS of Americans, screaming: "We're mad as hell - and we're NOT going to take it anymore!" When that time comes, remember that Zionist Slimeballs are RESPONSIBLE for America's DELIBERATE DESTRUCTION - and YOUR PLANNED SUFFERING! For the gory Zionist BLUEPRINT, SEE!
"The Protocols of the
Learned Elders of Zion" 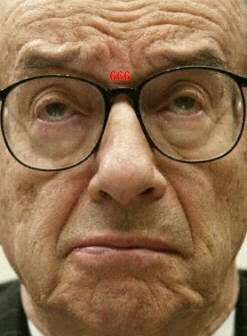