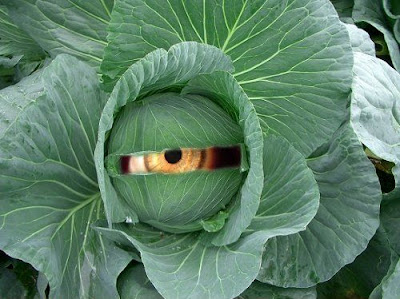 Think of planet Earth as a huge plantation of CULTivated cabbages. We are the cabbage heads, albeit somewhat more genetically engineered and complex (evolved) than cabbages. The fields of cabbages are fertilized and watered by the 'caretakers' and 'gardeners' (think of THEM! as Zionist Slimeballs and their stooges), who walk about the rows of cabbages and 'maintain' them until they can be harvested - by the ALIEN RACE (THEY! just love human cole slaw). It turns out that planet Earth is really a 'hot house' (think of Global Warming), although the heat is coming from outside of the Solar System and the plantation will soon (2012) go 'up in smoke'. The ALIEN RACE knows this and THEY! are planning a veritable cabbage FEAST before the curtain comes down on the world as we know it. 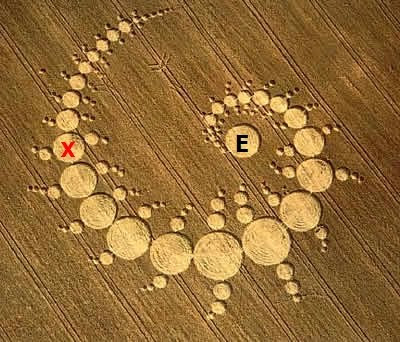 As we approach The End (you can also think of it as The End approaching us!) , some of the cabbage heads will become aware of this arrangement and will refuse to hand over their heads!

"Resist the Devil and he will flee from you"
Posted by GodSend at 7:14 AM