The "West" Zionist conspiracy against Iran 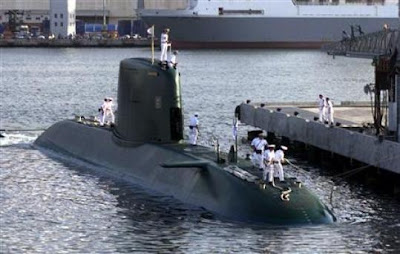 1 of 5 (and counting) of Zionist Israel's German-supplied Nuke-capable Subs
Should the world FEAR Iran - or Zionist Israel???
Do you think it strange that the "West" (including Russia!) is "ganging up" against Iran and the development of its (peaceful) nuclear energy program? Do you think it strange that NONE of these countries showed any similar concern when it became obvious (THANK YOU! - Mordechai Vanunu) that Zionist Israel was secretly (and in defiance of international nuclear weapons anti-proliferation agreements) developing NUKES in Dimona (with the secret assistance of SEVERAL "West" countries)? After having 'neutralized' Iraq and murdered or displaced hundreds of thousands of Iraqis with the 'excessive exuberance' and cooperation of its Zionist POODLE America, does Zionist Israel now have Iran in its diabolical sights and is preparing its Zionist POODLE America to shed more BLOOD & TREASURE (DEBT!) for the Zionist Slimeballs (and nourish the ALIEN RACE)?

Are you at all wondering who is

in the diabolical sights of
Zionist Israel? 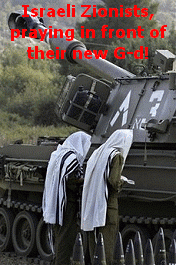 That's right - YOU are next!