Her Blog is INFESTED with Zionist Slimeballs.
Sibel just CAN'T bring herself to "blow the whistle" on...

But don't just take my word for it,
go there and say something critical about the Zionist Slimeballs.
You will be...

SEE!
what got me BANNED:

It is a distortion of the facts to say the “Israel” or “Zionism” “did 9/11″. No doubt Israeli intelligence knew about it in advance as did other intelligence agencies. The extent to which Israel was operationally involved is unclear. The way you use the word “Zionism” it is just a code word for “Jew”. You are pushing the standard Nazi view that incredibly powerful super-Jews are behind everything. Hatred of Jews has always been the dark side of Christianity. After all, they did kill Jesus, right? You might actually believe this or you might be a cointelpro type, but in either case you are not a “Godsend” to this discussion.

You are right about only 1 thing: Jews condemned Jesus the Christ to the Cross. They called down the curse of His blood on future generations of Jews. Christ said: “THEY are not Jews but are the synagogue of Satan.” He called the Jewish leaders of His time a “brood of vipers”. The remnant of Jews will proclaim Jesus the Christ their Messiah when the time comes. However, none of this has anything to do with Zionism. Zionist Slimeballs are the ENEMIES of America and of Humanity! The proof is SELF-EVIDENT to all who care to look.

You might be (and probably are) a Zionist yourself – or a Zionist Shill! In either case, you are a TRAITOR to America! Like Joseph Biden, the Zionist Slimeball said: “You don’t have to be Jewish to be a Zionist.”

Well, Sibel, it’s your blog. If you want to tolerate this Nazi scum, it’s up to you. I would say he has been sufficiently exposed.
COMMENT: The best (and familiar) slander and name-calling that the Zionist Slimeball could come up with is "Nazi scum". FACTS never enter their 'debate'.
(Abe Foxman prefers "Anti-Semite"). This Zionist Slimeball obviously didn't bother to STUDY my website and Blog. THEY do not want to be bothered with FACTS or INCONVENIENT TRUTH!

Here is another fact-filled website which EXPOSES the diabolical nature of
ZIONISM!

Here's ANOTHER, run by a Messianic Jew.
It's Zionist Slimeball CENSORSHIP, a la Abe Foxman of the ADL, in action!

Then, have a LOOK at what THEY did to Edgar J. Steele 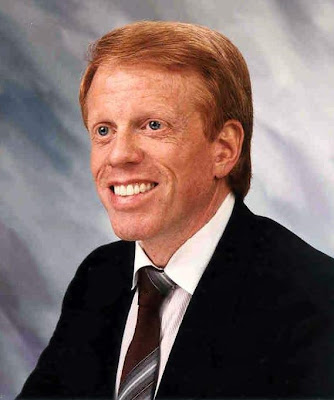 Edgar J. Steele (Prisoner of Federal Gov't Zionist Slimeballs)
Does his 'case' remind you of ERNST ZÜNDEL (it should!) 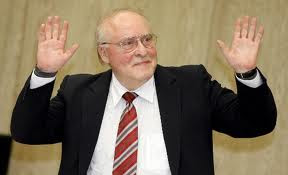 NO, Ernst didn't "Give Up" (like Sibel)!
Like Mordechai Vanunu (Dimona whistle-blower),
he emerged from prison
VICTORIOUS!

"Many are called - few are chosen."