AWAKE! - AMERICA
(before it's too late!)

Israeli and American Zionist Slimeballs
ARE DOING
the
'unthinkable'
to
AMERICA
SEE!
August 25, 2009 post, below 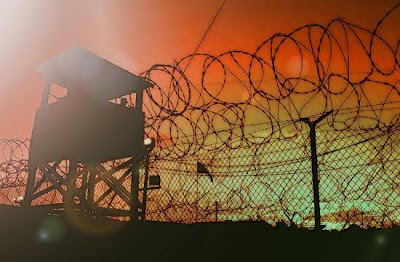 Think of the world's economists as a CULT, preoccupied with analyzing a slice of human activity. Think of the world's astronomers as a CULT, preoccupied with staring into Space. Think of the world's particle physicists as a CULT, peering into the infinitesimal small and looking desperately for the Higgs boson (the 'God' particle) - and willing to melt (Black Hole) the world as we know it in the process. Think of the global SPORTS infrastructure as a gigantic CIRCUS MAXIMUS CULT - and Distraction from purposeful human thought and activity. Think of the world's UNIVERSITIES (note the words 'CULTure' and ALIENated' in the linked article) as Internment Camps for various CULTists and TRAINING Camps for future CULTists. We usually call them 'Ivory Towers'. These global CULTS and Camps are filled with the best brains which Humanity produces - year after year after year. Note also, that most of these Camps contain one or more ORIFICES of the ALIEN RACE (SEE! previous posts). Did you ever wonder who set up this global system of CULTS and Camps, with THOUSANDS of ORIFICES of the ALIEN RACE? Who pays these CULTist geniuses to devote their brainpower to the pursuit of solving interesting but meaningless, hypothetical 'problems'? Lifetimes and $millions (maybe $billions) are being channeled into the pursuit of 'intellectual' and hypothetical problems, while real-world and perennial problems go begging for solutions! $Billions are spent every year, arming Humanity to the teeth with increasingly horrifying weapons (think White Phosphor, Cluster Bombs, Tasers and Mini-Nukes) in the on-going war-without-end against ourselves! (the Military CULT). Is all of this just plain stupidity, bad organization of our resources, the wrong set of priorities, or WHAT? Is it just 'human nature' to be so incredibly stupid and/or evil?

Perhaps Humanity is just being CULTivated for the benefit and voracious and peculiar appetite of some ALIEN RACE? Have you heard about the mysterious 'Cattle Mutilations' by ALIENS? Have you heard about 'Organ Harvesting' by Israel's IDF? Do you know about the Gaza Gulag, run by Zionist Israel? Are you familiar with the CULTures of Deceit, Corruption and Critique? Have you Discovered the CULT of Talmudic Judaism and their "Eye for an Eye"

PERMANENT HOLOCAUST
against Germans as well as Palestinians - and Goyim in general? Do the diabolical activities of Zionist Israel and its Zionist Slimeball agents all over the world seem ALIEN to you? Do you know about the FEMA and other INTERNMENT Camps being built by Halliburton and the Military all over America? Have you read about ObamaRahm-a's plans to build a domestic 'security' force (think of Hitler's BROWN SHIRTS), as large and well-equipped as the Military? Just which brand of 'Cattle' is gonna be corralled and mutilated in America and throughout the world? Have you seen "War of the Worlds"? Is Humanity being prepared for the HARVEST? Just what are those Zionist Swineballs (rhymes with Slimeballs) 'up to'? Are you thinking the 'unthinkable'? 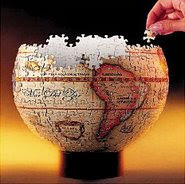 SEE!
the rest of this Blog and my website